Home About Us
About Us

Datanet India Private Limited owns www.indiastatdistricts.com which was established as an ITeS company in February 2000 to render its services in the socio-economic information domain .

As its core activity, Datanet collects, collates and compiles in ready to use socio-economic statistical data about India, its various sectors, regions, states and districts to make it available online.

In January 2010, the company introduced www.indiastatdistricts.com which is a storehouse of authentic socio-economic district level statistical information for the country. Out of 642 districts of India as per the census 2011, the statistical data for 620 districts for all the major categories have been presented on site. Indiastatdistricts.com is a cluster of 11 independent web sites.

In it’s another endeavours, www.IndiastatElections.com was launched by the company in September, 2012 which offers parliament constituency-wise election data, since independence, for all the 543 parliament and 4120 state assembly constituencies in India. The site offer free information to the research fraternity.

Besides websites, Datanet India publishes various publications which provide socio-economic and political information about India its States, Regions, Sectors and Elections. Datanet India publishes a reference yearbook titled "Indiastat - Top 10 of India Yearbook" which provides information about more than 1000 valuable facts touching almost every sphere of India, ranked and presented in order of 10.

Today, Datanet India with its 70 + web sites that include data on India, its sectors, regions, states and districts level web sites, rendering its unique services to the socio-economic research fraternity in India and abroad for the last 20 years.

Datanet foundation is laid on ethical values and strives for excellence through incessant research and development. It believes in understanding the needs and demands of our members and provides them quality information.

Datanet team comprises experts from different fields who work under the aegis of Dr. R.K. Thukral, Ph.D. who is a professional with immense experience on socio-economic research and knowledge resources. 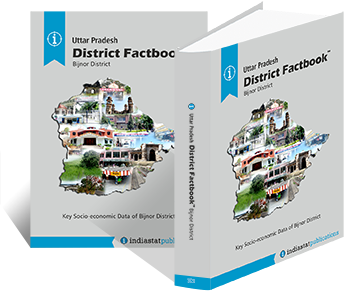 India's most comprehensive e-resource of socio-economic data. A cluster of 56 associate websites

A collection of over 4000 data-oriented publication in print, eBook, eFlipbook & web-based access formats